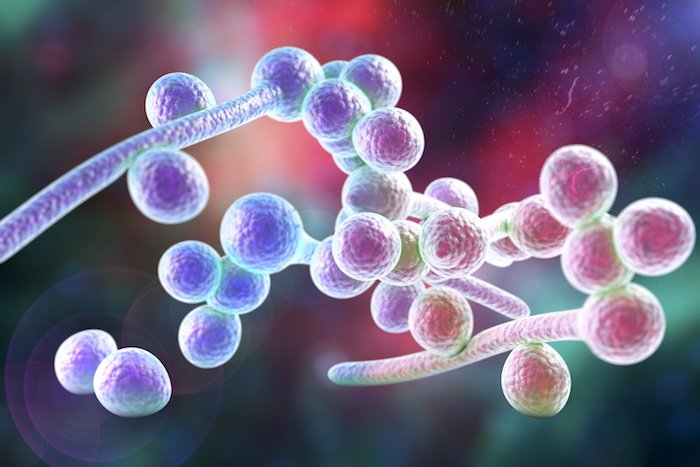 Why Don’t All Doctors Know About Candida?

As I write today’s post I am pulling direct quotes from Dr. John Humiston’s article published on CandidaMD.com: Candida And The Medical Profession.

“Because most clinicians do not know an effective treatment, there is little enthusiasm about promoting knowledge of Candida. This problem is compounded by the fact that our medical culture has become very skewed towards prescription drug treatment, rather than towards restoring normal physiology.” – Dr. John Huminston

If you watch any of our Success Story interviews, you’ll often hear people speak about how their doctor didn’t believe they had Candida, some doctors even laughed in these people’s face! This is unfortunately all too common because the mainstream medical system is greatly misinformed about the reality of Candida. How can such a widespread problem be so chronically misdiagnosed?

Sadly, the governing bodies put in place to protect us have hidden agendas rooted in financial greed. Our modern day medical system isn’t in place to support the health of humanity, instead it is a system developed to maintain a sick medicated population. After all, a sick customer is a returning customer.

Dr. Mercola publicly speaks to the complexity of this conundrum often…

“The US does not have a health care system; we have a disease-management system that is dependent on expensive drugs and invasive surgeries. It’s a system rooted in an ideal of maximized profits, opposed to helping people maintain or regain their health.”

“There is a lack of true progress in medical knowledge in general, making it more difficult for doctors to find relevant information on Candida. The large volume of published studies appearing every month in medical journals gives the impression that important medical discoveries are indeed occurring.

In actuality, however, most of those studies are statistical comparisons of the action of patented synthetic drugs, sponsored by hopeful drug manufacturers. The results of these studies are habitually unimpressive. Very little is published that is true scientific medical progress.

Further, major medical studies are published in journals which usually carry large advertisements from drug manufacturers for which the journal publishers have collected large sums of money. This puts the journal editors in a position where they are clearly no longer able to be objective in what they choose to publish (for example, just one study showing red yeast rice to be nearly as effective in lowering cholesterol as the much more expensive and side effect-laden statins would decimate the advertising income of a major medical journal).”

“Candida is very hard to kill, and almost none of the treatments work well. This is equally true for prescription medicines, over-the-counter remedies and natural medicines. Because most clinicians do not know an effective treatment, there is little enthusiasm about promoting knowledge of Candida. This problem is compounded by the fact that our medical culture has become very skewed towards prescription drug treatment, rather than towards restoring normal physiology.

Modern medical practice has become focused on symptom treatment, rather than correction of underlying abnormalities. One can treat the symptoms of Candida forever, but major improvement never comes until the fungus is killed.

The symptoms of Candida overgrowth develop slowly as a changing picture over years, so causes and effects are not obvious if one is not trained to look for them. In medicine, we are too often guilty of seeking oversimplified explanations for diseases (for example, asthma is treated as if it were just an inflammatory disease, depression is treated as if it were just a disorder in neurotransmitters, allergy is treated as if it were simply a predisposed genetic condition), rather than looking deeper for the overall disorder in the body that is causing the disease. This oversimplified approach to disease does not help the physician understand a disease like Candida overgrowth, which has subtle symptoms in multiple organ systems that worsen very gradually. To the physician who is unfamiliar with Candida, its broad array of symptoms will seem like a group of totally unrelated problems.

Candida is so common that it’s likely your own doctor has it. It’s hard to pin down what’s wrong with your patients when you yourself may be suffering with similar things but can’t figure out what the cause is. Also, it’s harder to distinguish an illness as truly abnormal when so many people have it and the illness doesn’t have any single definite identifying symptom.”

And that’s usually exactly what happens; people with Candida overgrowth are diagnosed with numerous conditions at once collecting an impressive assortment of ailments; chronic fatigue, depression, endometriosis, high cholesterol, diabetes, eczema…. you name it. Candida plays a part in nearly every chronic condition that is plaguing the human race.

Once you understand the physiology and pathology of a fungal candida infection, it really doesn’t come a shock when someone reverses 68 life long symptoms after fully eliminating the infection. I’m referring to Amy’s Story. Watch it here: Candida Cleanser Saved My Life.

“There are no reliable lab tests to diagnose Candida. Because yeast invade tissues of the body and actually form branches among and around cells (rather than floating around loosely in the blood or other areas), culture tests, tissue collections and blood or urine tests are not accurate enough to gauge the extent of disease Candida may be causing.

However, because the symptoms and signs of Candida are predictable, one can fairly accurately determine if a person has Candida overgrowth by using the lists of tell-tale risk factors and symptoms listed above. Medical professionals use this same type of approach — called “clinical diagnosis” — to diagnosis illnesses such as migraine headaches, Parkinson’s disease, depression and many other illnesses for which there is no single definitive lab test.”

We have developed a list of these tell-tale symptoms to help you recognize if you are being effected by Candida. We have categorizes these symptoms into 5 stages of infection, you can read up on them here: The 5 Stages Of Candida Overgrowth & What To Do About It

“Candida is very hard to kill, and almost none of the treatments work well. This is equally true for prescription medicines, over-the-counter remedies and natural medicines. Because most clinicians do not know an effective treatment, there is little enthusiasm about promoting knowledge of Candida. This problem is compounded by the fact that our medical culture has become very skewed towards prescription drug treatment, rather than towards restoring normal physiology. There is even an incorrect notion among many doctors and patients that the only really effective medications for any illness are prescription medications. The reality is that there are certain medicinal molecules which are found in nature (usually in plants) that can’t be synthesized or successfully altered in a laboratory. For certain illnesses, these natural compounds work better than any current prescription medicines.

Within the medical profession, many doctors fear doing something different from what other doctors do. And treating Candida is clearly different. This fear stifles innovation, the drive to try something new in the face of a significant problem that is not being solved with current methods.

Treating Candida has to do with diet problems and diet change, and some people mistakenly feel that changing their way of eating would be too hard or that they would miss certain foods too much. (This sentiment is only expressed by people who are thinking about doing a Candida program, or by those who have tried an ineffective program. People who have done the Candida program presented here almost never feel that way.)”

The common protocol for treating candida involves a ‘Candida Diet’, it’s main function is to remove Candida’s main food source of sugars, starches, and processed foods. However, this is not the whole truth. You cannot simply starve out this highly intelligent fungus, other therapies are necessary to fully recover. Otherwise you’ll continue battling with an infection masquerading itself with new symptoms as it continues to travel through different tissues and organs in your body.

Here at Candida Cleanser we work with Lufenuron partnered with a paleo-like autoimmune diet starting with a foundational eliminating diet such as the GAPS Diet to identify hidden food intolerances that hinder your healing.

Lufenuron is a powerful compound that works against fungal Candida like nothing else we’ve seen. It was developed by a pharmaceutical company decades ago, but never released to the public because it was TOO effective, (which means it was bad for profit.) Learn more about Big Pharma’s big secret here: Truth About Lufenuron – Big Pharma Exposed

Here’s a short video from Patty, certified holistic health coach and one of our community leaders, to help you set your foundation for healing from candida and below are a few resources to get you started.

To Your Health,
Aga Postawska, HCC