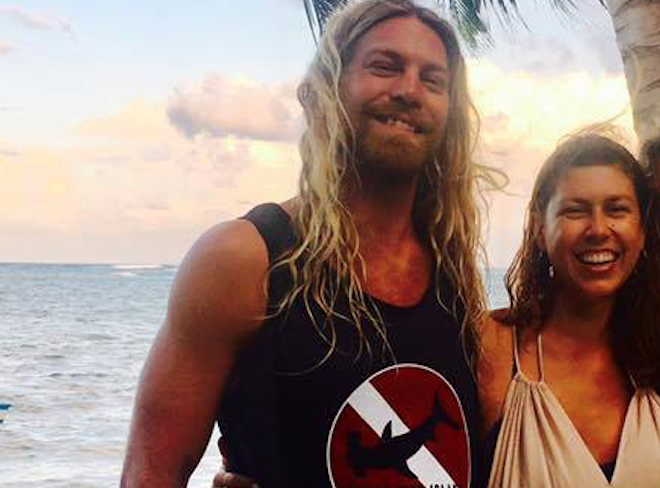 Autumn & Chris Do The Cleanse Together

Often times Candida yeast gets dismissed as a “women’s” health issue. Even though women do show the symptoms of an overgrowth more prominently, men too can have Candida overgrowth, however it often manifests itself more discretely in other parts of the body.

Women can show classic signs of overgrowth first by chronic yeast infections and UTI’s because Candida likes to grown in the body’s moist mucus membranes where its always present at low levels – the mouth and entire digestive tract, skin and genitals.

A woman’s urinary tract and reproductive system is a perfect place for yeast to proliferate especially when the microbiome is out of balance.

Normally our beneficial bacteria eat Candida yeast and prevent it from dominating these tissues, however due to antibiotics, a high-carb processed diet, stress, and birth control (and countless other factors), our beneficial bacteria get stomped out and Candida begins to overpopulate these areas of the body. Symptoms manifest in the mouth, nose, skin, sexual organs, and respiratory system.

Instead of a vaginal yeast infection, men can experience Candida as digestive issues, food allergies, cravings for carbs and alcohol, irritability and anger, foggy thinking, neurological disturbances, fatigue, or skin conditions like rashes or eczema.

Often they get little to no attention because they are common amongst people today and still considered somewhat ‘normal’.

If left untreated Candida yeast can mutate into its more serious and life threatening fungal form. Candida is unique in this was way as it is opportunistic dimorphic organism, meaning it has the ability to change forms. More on this here: The 5 Stages Of Candida

“I feel really clear. I have a lot of energy. I’m feeling really strong in my body. I’m feeling emotionally well, physically and mentally alert. I feel like I’m able to do anything right now. I have the energy for it and I have the inspiration for it! ” – Autumn

Candida fungus can live more discreetly in a male partner, often masquerading itself as nonchalant symptoms such as chronic belly aches, acid reflux, irritability or moodiness. Unless your partner (male or female) also works to keep Candida under control, you can continuously become reinfected despite your best efforts.
Since Candida prefers to live in these moist tissues, such as the mouth and genitals, Candida overgrowth can, in a way, be seen as a type of STD which is easily passed on via kissing or intercourse.
This is why we recommend cleansing Candida with your partner, both male-female relationships and same sex relationships. Not only will your health flourish, but the compassionate support system you put in place to ensure each other’s success during can create a new found connection and intimacy between you two.

Autumn Before Her Cleanse

Autumn shares the classic childhood up bringing that sets the stage perfectly for a Candida overgrowth.
– Candida passed from mother during birth
– Formula fed
– Put on antibiotics as a young infant and continuously as a child
– Birth Control

Most people don’t realize that their Candida overgrowth didn’t happen spontaneously overnight. An infection could have been brewing from day one,  in the womb, and continued to silently grow over the years due to negligent dietary and lifestyle choices.

When Autumn’s mom was pregnant with her, she had chronic yeast infections. This shows that the mother had a Candida issue herself which was passed down during birth. A child gets their first inoculation of bacteria from the mother, vaginal birth serves as a “microbial baptism,” as Dr.Perlmutter likes to call it, setting up the child’s gut flora for life.

If the wrong bacteria are introduced at this very critical beginning stages of a child’s life, their immune system will be weakened, and developmental issues and chronic health conditions are often consequences. This is clearly seen with babies born via C-section where the child acquires colonies of Staphylococcus rather than Lactobacillus.
Studies show the people born via C-section have a 5 fold increase in allergies, triple the risk of ADHD, 80% increase in celiacs disease.

So as Autumn grew up with a compromised microbiome she began to develop the classic signs of gut dysbiosis and Candida overgrowth.
– Yeast infections
– Digestive issues
– Sinus issues, pressure in the head, plugged ears
– Chronic allergies
– Painful periods leading to endometriosis like symptoms
– Severe brain fog, loss of words
– Chronic neck and back pain and issues

Let’s see if you can recognize Autumn after her cleanse?

Autumn After Her Cleanse

Chris Share’s His Journey
“Stick it out, it’s worth it.”

Chris had heard of Candida before but never really took it too heart, never did he think that he could possibly have an overgrowth. Meanwhile he was suffering from  chronic sinusitis, weird bumps on the skin, and had developed acid reflux overnight. He began to collect a list of allergies, brain fog became a daily issue, and he started experiencing a pain in his abdomen.

After 3 weeks on the cleanse, everything would rapidly change.

The biggest shift for Chris was that he didn’t have cravings for alcohol anymore. He surprises himself when he realizes that he’s only had 1 beer in 5 months!

The unexplained bumps on Chris’s skin disappeared. He was bombarded with compliments on how great he’s looking, how his skin glows, and asking, “Did you lose weight?!” And indeed he had. Chris lost 15 pounds effortlessly.

These success stories are endless. Once you eliminate Candida you reclaim your zest for life and anything is possible! The transformation in these two inspired Autumn’s father to do the cleanse.
Check his story out here: James & The Candida Cleanser

Are you ready to create a success story of your own?