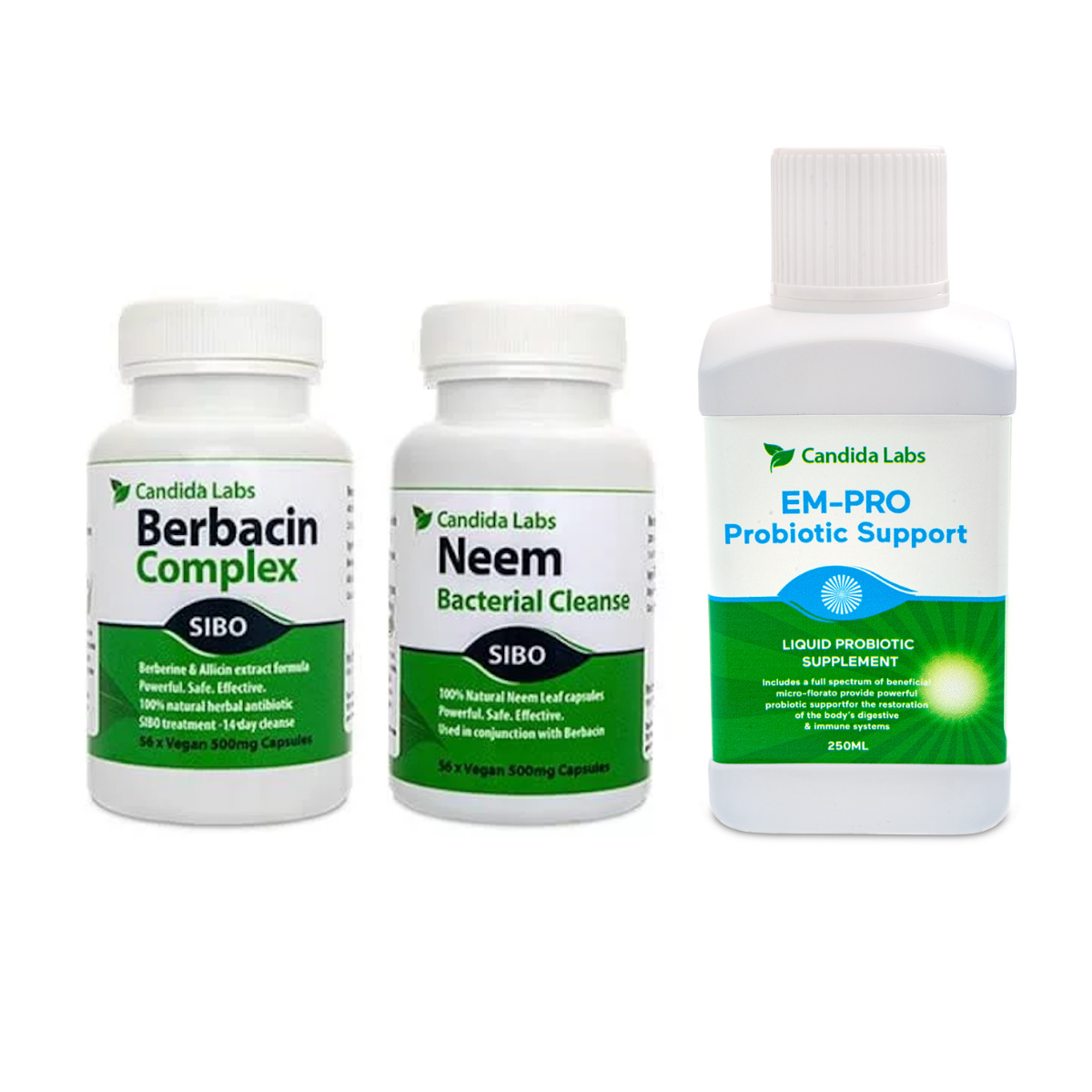 Normally bacteria are present throughout your entire digestive tract. Their existence and harmonious function within the human body is now recognized by science as a multi-tasking organ called the microbiome.

These beneficial bacteria assist in thousands of functions in the body from nutrient synthesis to immune system modulation.

With bacteria living in the small intestines the process of nutrient breakdown is occurring in the wrong place. This causes all sorts of health issues, such a bloating, heartburn, nausea, not to mention the inability to absorb the nutrients consumed. Over time mineral and nutrient deficiencies develop leading to a whole host of chronic conditions.

To learn more about what SIBO is, symptoms and causes, please refer to this earlier article as reference: Could It Be Could It Be SIBO??

Eat smaller meals. Over filling the stomach and having large amounts of food sit in the digestive system can aggravate the condition. Allow for longer periods between meals, fasting, and intermittent fasting to allow for the migrating motor complex to move food, debris, and bacteria through the small intestines.

SHOULD YOU USE ANTIBIOTICS?

Antibiotics are often used to treat SIBO, Rifaximin is the most common. However, studies show that despite treatment with antibiotics, recurrence develops in almost half of all patients within one year. (1)

Botanical antimicrobials, such as Neem and Berbaine, show better outcomes than pharmaceutical antibiotics. Researchers have even found that herbal remedies such as these are as effective as 3 courses of antibiotic therapy in patients who don’t respond well to Rifaximin. (2)

The Full SIBO Treatment Pack comes with 4 bottles of Berbacin Complex, 2 bottles of Neem, 1 bottle of EM Pro. This is a 4 week treatment consisting of GMO-free, 100% herbal antimicrobials.

The full course is 28 days where you will be taking the supplements every day. This is the medically and scientifically approved time to treat SIBO with these natural herbs.

That Work Better Than Pharmaceuticals Antibiotics

Accompanying the Berbacin Complex are capsules of our Neem Bacterial Cleanse. Neem is scientifically proven to enhance the effectiveness of both Berberine and Allicin in removing SIBO bacteria. This makes it a vital part of the treatment package to ensure the best result with Berbacin Complex.

Combining these two scientifically proven herbal extracts, Neem & Berberine, creates a formula that many studies have found to be MORE effective than prescription antibiotics in treating SIBO infection.

This treatment pack is a very powerful combination of herbs that many studies have shown to be more effective than prescription antibiotics. Because of their potency they can react with certain medications.

This cleanse is not advised for pregnant or nursing mothers.
We also do not advise for children.